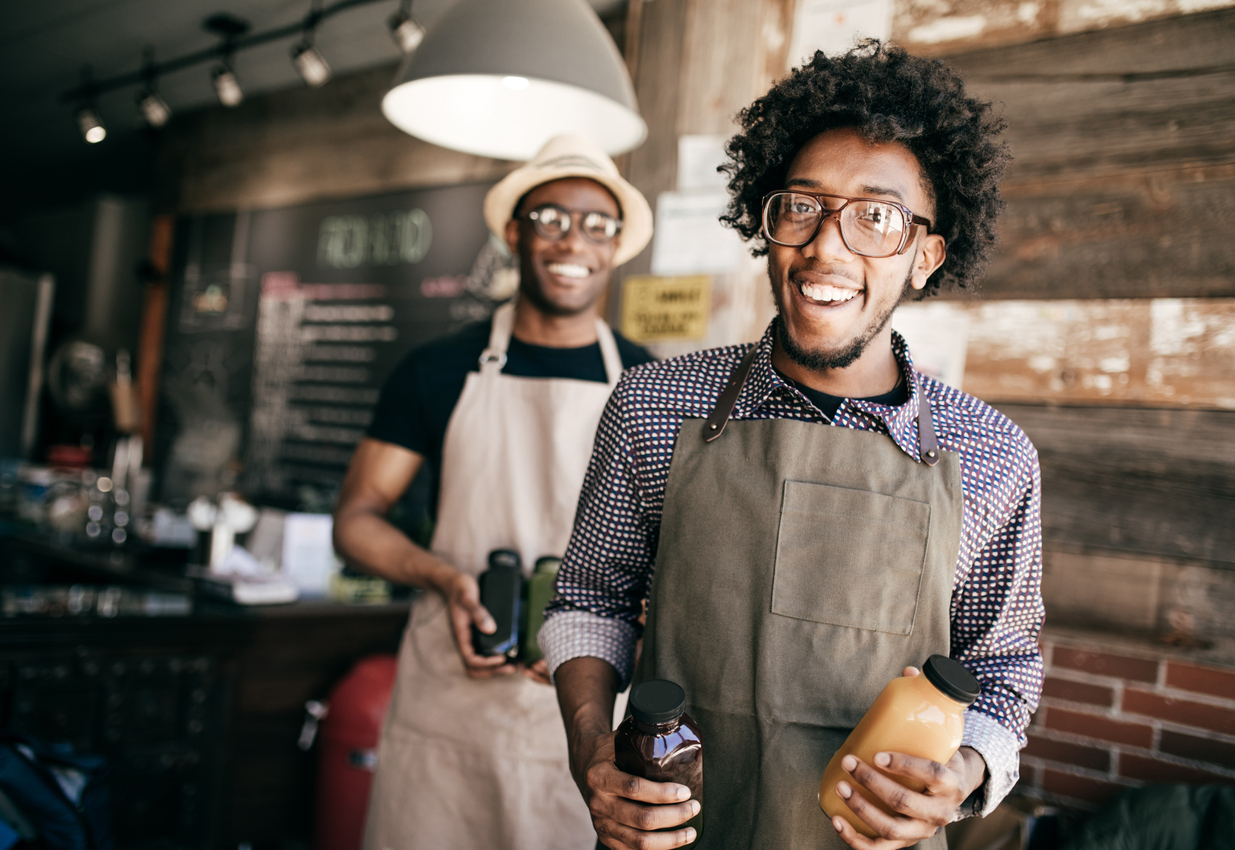 Being a small business owner is a tough, often frustrating haul for just about anyone. But the challenges are often compounded for Black Canadian business owners, who face additional challenges at an institutional level. A 2021 study conducted by Abacus Data found that, of the 342 Black entrepreneurs who participated, 76% said their race makes it harder for them to succeed as an entrepreneur. It further noted that access to funding still remains one of the primary barriers to growth, with only 19% of respondents saying they “trust banks to do what is right for them and their community.”

Nonetheless, Black small business owners across Canada continue to thrive and succeed, though they are often required to take risks and make sacrifices — such as dipping deeper into personal savings or credit cards, or depending on loans from family—that other Canadian entrepreneurs are not.

‍Commenting on the Abacus study in the Globe and Mail, Senator Colin Deacon said, “What has become incredibly clear is that there’s not a level playing field as it relates to access to the conditions for success. You could be a phenomenal Indigenous or Black entrepreneur and never get a proper chance.”

Structural inequities and barriers are real and so ingrained into many banks’ lending practices that even programs intended to better support small business at large often disadvantage Black business owners. For example, a 2022 study from the National Bureau of Economic Research in the U.S. found that Black restaurant owners were systematically excluded from big banks’ Paycheck Protection Program loans and thereby forced to turn to alternate funding sources.

Cheryl Sutherland, the owner of PleaseNotes, a line of affirmation-based goods, confirms that these challenges are all too persistent, saying that financial institutions need to put more initiatives in place in order to achieve equity. Born in Calgary, Alberta, Sutherland learned about the importance of financial literacy and keeping good credit from a young age, but when she later went on to work for a bank she quickly noticed the stark difference between how credit applications were treated for people who had full-time employment, versus those with alternate employment, or were self-employed. Sutherland also points out the difficulty of building multi-generational wealth for new immigrants to Canada, and the precarious nature of building credit.

“A lot of first-generation Canadians don't have the ability to build up generational wealth,” says Sutherland. “While [someone else] might have had a family that has been born and raised in Ontario for generations, with the opportunity to amass not only real estate but investments. Perhaps they’ve even had a business passed on to them. They've been able to inherit those things.”

“A lot of immigrants come to Canada with everything that they have, and starting out in a brand new country takes a lot of money. There can easily be some missteps made with credit.”

That’s why Surtherland was disappointed to see the Government of Canada’s Black Entrepreneurship Loan Fund initiative fall so short. Many cited issues of mismanagement, with applicants not receiving replies to their queries and questions of a personal nature that seemed irrelevant or excessive. Sutherland thinks that if the government is going to acknowledge the need for a program to support Black entrepreneurs in particular, then the funds should have been easier to access.

“Why is it a loan, why is it not a grant,” asks Sutherland. “The amount that we're getting, and the interest rate, is not a discount. It's not even close to what people are receiving for a lot of COVID relief things. So clearly it’s possible. It's just that they have no incentive to really do it.”

Jean Buckley, of Jeanie’s Market and Bakery in Mississauga, knows too well the frustrations of getting a loan as a Black small business owner. “It’s been 20 years since we started our business,” she says, “and we have only been able to acquire small loans from the bank over the years. For the past 10 years—nothing from the bank.”

“At one point, it made me mad and then I said, ‘You know what? You have to do what you’ve got to do.’ That's how we've ended up with a partner like Driven, because most of these newer small business lenders don't discriminate against your business.”

Buckley described a frustrating labyrinth when dealing with banks, which often ask for multiple documents in a laborious process that spans months. Once they discover that her business focuses on Caribbean cuisine, or that she’s not white, Buckley has found the conversation usually ends there.

As a result, she has at times had to max out credit cards in order to support her business. And yet her good credit history and score would appear to count for little. “I want my business to progress,” she says, “but I think banks are putting me in a box with so-called Black business, small businesses. They think you're doomed to fail in two years. They really don't give you a good explanation as to why they turn you down.”

The particulars of Buckley’s experience are hardly unique. Without access to bank loans to invest in growth, many Black small business owners have little choice but to turn to their personal credit cards—putting pressure on their credit ratings and potentially making it harder to get loans in the future. A cycle begins that makes it more difficult for those starting out to be afforded the same opportunities that their counterparts are.

Despite the institutional challenges, both Sutherland and Buckley are optimistic. Both note the rise in activism and attention towards the importance of supporting Black-owned businesses as a step forward.

“It makes such a huge difference when people make the decision to support Black-owned businesses because of access to personal and professional networks, and access to financing, especially for women of colour. We’re out here killing the game when it comes to building a business and being successful at it.”

Buckley echoed the sentiment. “It's either do or die. You're gonna need capital to expand your business at any point. Things happen, things come up totally unexpected.  I'm hoping that people are made aware that we are here, we exist, we’re here to stay.”

What are the risks associated with a small business loan in Canada?

What is a good rate on a business loan?

Working AM to PM: How one serial entrepreneur made it work

Financing solutions built for Canadian small businesses
Driven Small Business Loan
A finance product built from the ground up to support Canadian SMBs on their terms
Looking for a line of credit?
Get the flexibility of a line of credit with the certainty of a term loan
Driven Insights TM
Put the financial busywork on autopilot as we help you look ahead to your company's future
How we can help fuel your growth
Whatever new challenge or opportunity today brings, we've got you
About Driven
AboutCareers We're hiring!PartnersCompare DrivenTMCompare DrivenTM
Get in touch
Contact us
Talk to support
Book a callBook a callManage your account