Riding the Wave: How Stafford Lumley Grew His Seafood Restaurant in the Face of Sharp Seasonality 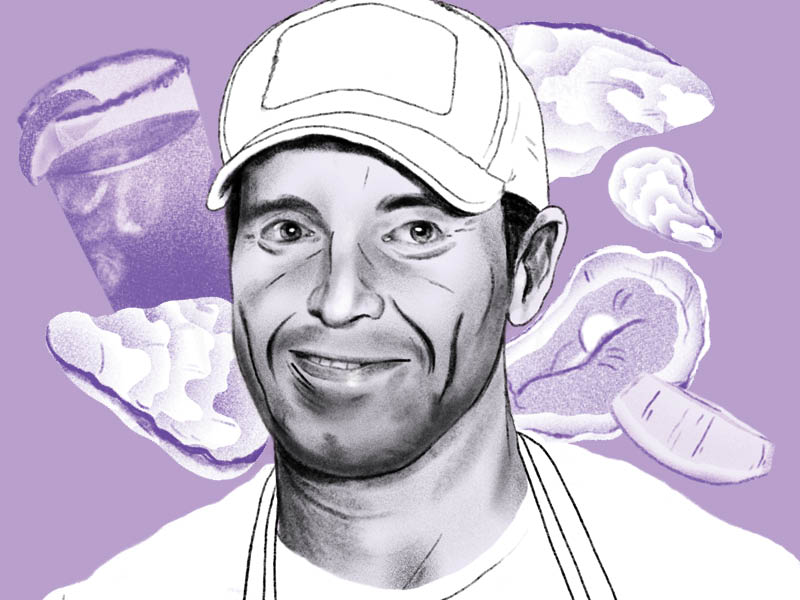 A 40-minute ferry-ride from Vancouver, Smitty's Oyster House depends on summertime traffic for its survival. To make his business work, owner Stafford Lumley had to make smart decisions about when to stay open, where to find more stable revenue streams, and how to put the local community first.

“The beauty of it is, it's right here on the water. It's tucked right next to the wharf—which is a working fishery, by the way, so you’ve got prawn boats and crab trawlers and halibut fishermen coming and going. There's even one guy that does tuna.”

From the moment we sit down with Stafford Lumley, we’re hooked by his vision for Smitty’s Oyster House, the small-town seafood restaurant and beloved hotspot that sits in a big blue warehouse right at the ocean’s edge. Located in Gibsons, British Columbia, a coastal community inaccessible by road, Smitty’s attracts locals and ferry-in Vancouverites alike.

“It's all very casual and fun,” says Stafford, “it’s just a loose environment here. People don’t usually stop at one bottle of wine, if you know what I mean. Things can really get cooking.”

Quickly talks turns to the unique challenges facing the restaurant business—and in particular the challenge of catering to a highly seasonal customer base. Stafford is frank about how hard it was in the first few years after opening in 2007.

“It was terrible. The summers are beautiful, everyone's in their boats, you just get hammered with business… and then the winters were just gruelling. You have virtually eight months where you’re relying solely on local traffic in a town of less than 5,000 people. I was simply not prepared for the cyclical business that we got into. There were a few times that I wasn't sure we were gonna survive.”

Fortunately, the business did survive, thanks to an influx of new residents and Stafford’s commitment to building a local footprint by staying open for most of the winter.

“In some ways, it would’ve made more financial sense if I just closed in the off-season,” he says. “And I do close from Christmas to mid-February every year. But more and more people are moving here from Vancouver, and we wanted to grow that local base by offering them something other than a pub every time they want to go out for dinner.”

In the short term, it was a costly effort. But Stafford reasoned that it would work out in the long run.

“I used to tell people that it was a community service, being open in November and December  when it's all grey and rainy. Like, I'm losing this money, but at the same time you're helping people deal with the winter blahs, you know? Meanwhile, I'm building my base.”

The off-season plans would take some time—15 years later and Stafford is only now breaking even during the winter. In the meantime, he needed money to pay rent, suppliers, and most importantly, his team. That’s where Driven came in.

“I’ve used Driven about five times now, just to smooth out the winter lows. I’ve got some really great people that work for me and you want to keep that talent, right? My head chef, Connor, is a Red Seal chef, and he’s excellent, he makes the food really a cut above. You don't wanna lose those people by having to close up shop every winter, right?”

Stafford adds that Driven also proved a good choice for someone with a less-than-perfect financial picture.

“If I had to borrow money based on my financial statements or assets or anything like that, I would've never got money from a bank, that's for sure. Or even a credit union. With Driven, as long as you have your taxes paid and you make your sales, you’re good. So they were a saviour for sure.”

It wasn’t just to keep things going through the winter that Stafford borrowed money. He also used it to invest in newer—and less seasonally dependent—sources of revenue.

“Part of the last round of funds from Driven I used to take over a warehouse and build a commissary kitchen, which is now producing certain items that I wanna take to the marketplace and put in stores. Things our customers love, like our caesar mix, our cocktail sauce, our tartar sauce, and our New England clam chowder. We’ll have our own storefront at the commissary, but I’m also in talks with some grocery chains who have agreed to carry our product.”

Thanks to Smittys’ popularity, Stafford agreed to franchise a second location in Vancouver’s Mount Pleasant neighbourhood, which opened in late January.

“It was quite the process. Connor, our chef, he went in there and hired a chef, trained the staff, taught them how to prepare the food, store the food, plate the food… we gave him our recipe book, except for the ones that they buy from our commissary, and, uh, well, they're going like gangbusters.”

Between a growing off-season customer base, his retail strategy, and the new Vancouver location, Stafford is finally starting to feel good about winter.

“In Vancouver they outsell us for sure in the winter months. He's selling more than I'm selling, haha. Good thing is, I get a piece of it.”

How to get an unsecured business loan in Canada

Financing solutions built for Canadian small businesses
Driven Small Business Loan
A finance product built from the ground up to support Canadian SMBs on their terms
Looking for a line of credit?
Get the flexibility of a line of credit with the certainty of a term loan
Driven Insights TM
Put the financial busywork on autopilot as we help you look ahead to your company's future
How we can help fuel your growth
Whatever new challenge or opportunity today brings, we've got you
About Driven
AboutCareers We're hiring!PartnersCompare DrivenTMCompare DrivenTM
Get in touch
Contact us
Talk to support
Book a callBook a callManage your account